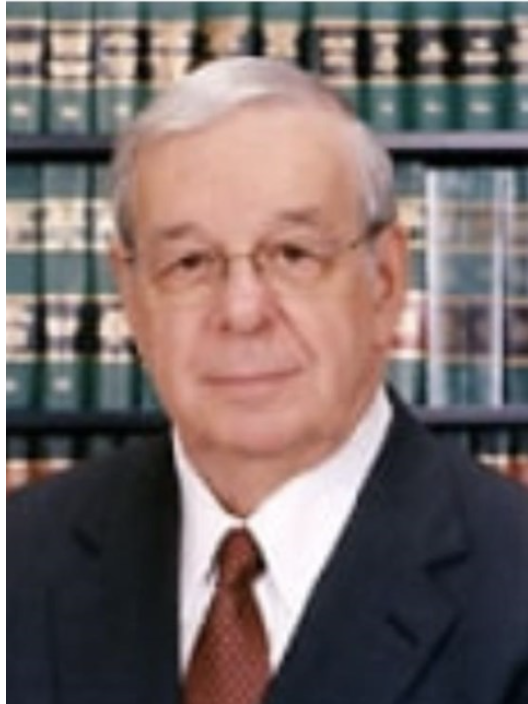 It is with great sadness that we inform you of the passing of retired Superior Court Judge Harvey J. Sorkow. Please see the link below for funeral arrangements and Judge Sorkow’s obituary.

1) Unfortunately way too many Americans hide their assets overseas. That goes for individuals as well as corporations. It is a game played by the 1% you read about. In a very weak effort to control where exactly this stuff is to be found, IRS created the FBAR project. It requires taxpayers to file a form with the IRS with stiff penalties for those who get caught. Though I cannot confirm my belief, I think this is another example of IRS smoke and mirrors. Giving people the impression that they are in fact on top of this worldwide abuse. The IRS recently posted a reminder with regard to this form filing: A special reporting requirement applies to most people who have foreign bank or financial accounts. Often referred to as the FBAR requirement, it is separate from and in addition to any reporting required on either Schedule B or Form 8938.The FBAR requirement applies to anyone with an interest in, or signature or other authority over foreign financial accounts whose aggregate value exceeded $10,000 at any time during 2021. They must file electronically with the Treasury Department a Financial Crimes Enforcement Network (FinCEN) Form 114, Report of Foreign Bank and Financial Accounts (FBAR). Because of this threshold, the IRS encourages taxpayers with foreign assets, even relatively small ones, to check if this filing requirement applies to them. The form is only available through the BSA E-filing System website. Tied to the regular tax-filing due date, the deadline for filing the annual FBAR was generally April 18, 2022. But FinCEN is granting filers who missed the original deadline an automatic extension until Oct. 17, 2022. There is no need to request this extension. And for those who dodge reporting their “world wide “income another IRS warning: Federal law requires U.S. citizens and resident aliens to report any worldwide income, including income from foreign trusts and foreign bank and securities accounts. In most cases, affected taxpayers need to complete and attach Schedule B to their tax return. Part III of Schedule B asks about the existence of foreign accounts, such as bank and securities accounts, and usually requires U.S. citizens to report the country in which each account is located. So rest assured the problem is being addressed, sort of.
2) If you have read all of Shakespeare’s sonnets and looking for some really intriguing stuff to sink your teeth into nothing beats the IRS Data Book! The IRS has issued the Data Book detailing the agency’s activities during fiscal year 2021 (October 1, 2020 – September 30, 2021) as well as new information on recent audit data. In addition to describing work performed during the pandemic, the IRS Data Book comprises 33 tables describing a variety of IRS activities from returns processed, revenue collected and refunds issued to the number of examinations conducted and the amount of additional tax recommended as well as budget and personnel information. The Data Book provides point-in-time estimates of IRS activities as of September 2021. For additional context, the IRS also released a related, lengthier discussion on recent audit data.

3). So you filed your tax return and still haven’t gotten your refund. There’s no point asking your accountant about it, they have no clue. But IRS can in fact help. The Where’s My Refund? Online tool has been enhanced to allow taxpayers to check the status of their current tax year and two previous years’ refunds. They can select any of the three most recent tax years to check their refund status. They’ll need their Social Security number or ITIN, filing status and expected refund amount from the original filed tax return for the tax year they’re checking. Please direct your clients to Where’s My Refund? on IRS.gov for more information.

Questions or comments should be emailed to:  Tdavidlawyer@gmail.com

District Ethics Committee members serve at the pleasure of the Supreme Court for a four-year term (and are eligible for re-appointment to one additional consecutive four-year term). Interested candidates should forward a cover letter and resume to the chambers of the Honorable Bonnie J. Mizdol, A.C.S.J.

FOUR-YEAR TERM OF SERVICE BEGINS ON SEPTEMBER 1 EACH YEAR

The Office of Attorney Ethics welcomes applicants to apply for appointment by the New Jersey Supreme Court to the District Ethics and Fee Arbitration Committees. The next term of service will begin on September 1.

Please click the link below to review the information sheet and application.

Follow up telephone calls or emails from the Court to proposed guardians with regard to same are met with a plethora of reasons as to why fingerprinting has not occurred. By way of example, and by no means an exhaustive list:

At present, the Bergen Vicinage and the Bergen County Surrogate are both operating with a reduced staff and the continuous and repeated attempts to follow up with proposed guardians has been challenging, particularly when they are represented by counsel and should have been thoroughly advised as to the Court’s background screening policy.

Applications for adult guardianship that are not accompanied by Name/Address/Phone Number/Social Security Number/Date of Birth/and Email Address of proposed guardians will not be docketed until this information is provided.

Further, proposed guardians will be afforded sixty (60) days from the date of filing to complete background screening. Failure to do so will result in automatic disqualification of the proposed guardian(s) absent exigent circumstances. Notices will be sent to counsel and pro se litigants with signed Orders Fixing Hearing Date.

We ask that you recognize the seriousness of timely compliance in protecting the rights of Bergen County’s most vulnerable citizens and thank you in advance for your anticipated cooperation.

NOTICE TO THE BAR & PUBLIC

The Supreme Court seeks individuals with diverse areas of expertise, experiences, and perspectives interested in assisting the Judiciary through service on committees and other groups. The Court continues to prioritize inclusivity in the composition of its committees, including as to race, ethnicity, gender, sexual orientation, and all primary aspects of identity, as well as areas of legal practice, geography, and community involvement, in order to support robust discussion and comprehensive consideration of issues. END_OF_DOCUMENT_TOKEN_TO_BE_REPLACED

1). So you owe back taxes. Big deal. Work out an arrangement with IRS to pay up. We have fine lawyers who can help all over the state. The amount you’ll be allowed to keep out of your income is determined by using forms on the IRS website taking into consideration some standard allowances. These Collection Financial Standards are used to help determine a taxpayer’s ability to pay a delinquent tax liability. Allowable living expenses include those expenses that meet the necessary expense test. The necessary expense test is defined as expenses that are necessary to provide for a taxpayer’s (and his or her family’s) health and welfare and/or production of income. END_OF_DOCUMENT_TOKEN_TO_BE_REPLACED

COVID-19 — EXTENSION OF FILING DEADLINES FOR STATE TAX MATTERS TO CONCLUDE AS OF MAY 1, 2022

NOTICE TO THE BAR: COVID-19 — EXTENSION OF FILING DEADLINES FOR STATE TAX MATTERS TO CONCLUDE AS OF MAY 1, 2022

The Supreme Court earlier extended the filing deadlines for certain tax matters in light of the COVID-19 emergency. The extension of deadlines for local property appeals has already concluded. The Court in the attached April 14, 2022 Order has concluded the COVID-19-related extensions of deadlines with regard to state tax appeals as of May 1, 2022

Administrative Director of the Courts

In light of the public health emergency arising from the COVID-19 pandemic, the Supreme Court extended certain deadlines with regard to local property tax appeals and state tax appeals. The Court in its March 19, 2020 Order and subsequent orders extended such deadlines to the later of May 1, 2020 or 30 days following the conclusion of the State of Emergency declared under Executive Order 103. The Court cited as the basis for those extensions the COVID-19-related disruptions that prevented corporate and residential taxpayers from meeting filing deadlines in property tax appeals before the County Boards of Taxation and the New Jersey Tax Court. L. 2020, c. 35 concluded the extension of deadlines for local property tax appeals but did not address state tax matters.

Accordingly, it is hereby ORDERED that effective immediately and until further order:

On April 6, 2022, I was honored to be installed as the 124th President of our Bergen County Bar Association along with my fellow officers, trustees, and Young Lawyers Division officers. We made history by electing the first Black attorney and person of color as the President of the Association. To be sworn in the presence of my family, friends, and colleagues by the first Black woman to ascend to the New Jersey Supreme Court, Justice Fabiana Pierre-Louis, and to have it occur the day before Judge Ketanji Brown Jackson was confirmed as the next Associate Justice of the United States Supreme Court feels like a magnificent turn of events. I am determined to ensure that this opportunity to lead our Association will be more than a surface-level diversity exercise – instead, building a model of the power that can result when inclusion is truly embraced at an institutional level. END_OF_DOCUMENT_TOKEN_TO_BE_REPLACED

As my term as President of the BCBA comes to an end, I wanted to reach out to all of you and thank you for the honor of serving as the 123rd President. The BCBA is a great organization and that is due to the members.

This was a transition year, as we moved forward out of the Covid pandemic. We were able to have several live events including the Diversity Dinner in the Summer and the Annual Dinner in the Fall. We then moved on to the Professional Dinner where we honored our oldest members and then had a successful Holiday Dinner. It was great to be able to mingle and socialize during these events. END_OF_DOCUMENT_TOKEN_TO_BE_REPLACED